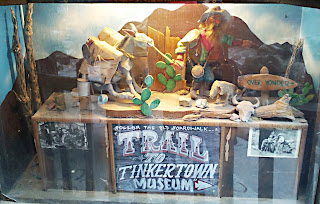 My girlfriend and I have recently relocated to Albuquerque, NM and one stop that ranked high on our list of places to visit was the Tinkertown Museum in Sandia Park, NM. The museum is a collection of vibrant dioramas, often augmented with motor animated elements to further add to the fun of these densely packed scenes. Often times while visiting this site, I had the sense that this was the precursor to the "Eye Spy" book series. Admission is $3, which is absolutely worth it, and you will want to bring a handful of quarters for a few of the coin operated automata and the vintage carnival machines like automated fortune tellers and an Uncle Sam you can shake hands with (and then Uncle Sam judges your moral character). 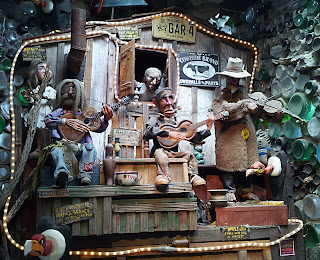 Tinkertown was crafted, collected and assembled for over 40 years by mid-western artist Ross Ward. Ward was a self-taught artist who spent the majority of his career as a carnival painter and created the beginnings of Tinkertown in his spare time. Ross Ward was diagnosed with Alzheimer's Disease in February of 1998 at the age of 57. The Ward family continues to maintain Tinkertown in his memory and the museum is currently in its 21st season of operation. 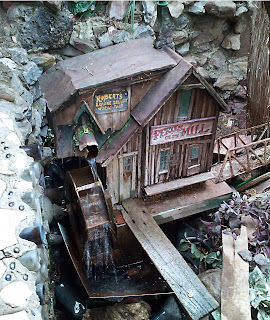 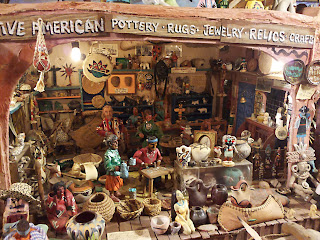 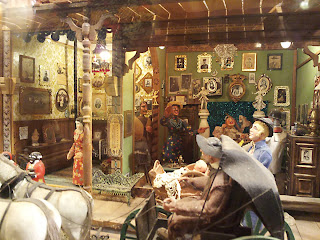 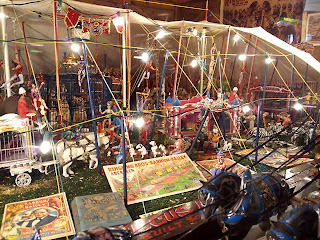 You can visit the Tinkertown Museum online here.
All photos were taken by Ryan Friant and Jen G. Benson.