Meet Chris Walsh, a sculptor and 3D illustrator based in the UK. 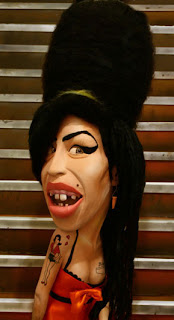 How did you start working dimensionally?
Before deciding that I wanted to be an Illustrator I studied on various art and design courses during college and tried so many different ways of making images, but I didn't really like any of them. I became fascinated with stop motion animation around the same time, I loved the figures and props and wanted to try making them myself, which I did for a short time and it felt like a very natural way for me to work.
Despite my love of 2 dimensional illustration I've never been very good at it, so when I got to doing my diploma in Graphic Design and Illustration I struggled to compete with the other students. I was looking through a book full of stills from various stop motion movies and shorts one day and realized that they looked great as stand alone images, and I had the crazy idea that rather than draw- I could sculpt and make everything in the scene and photograph it. I did, and everyone seemed to like it, even me. 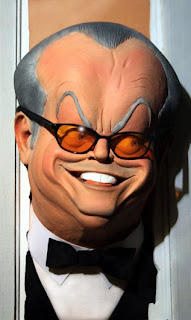 What or who has influenced the way you work?
Again I think that my under-developed drawing skills come into play here. I've always found it tough to visualize a 3d object in 2d, and I found it especially difficult to convincingly light a scene in 2d. When I first started doing this I was a huge Tim Burton fan (I still am) and I loved the way he used lighting to make a scene so atmospheric. I started to experiment with lighting a lot in my earlier work and it became the thing I enjoyed most about working this way. 'Vincent' and 'The Nightmare Before Christmas' were certainly my biggest influences when I started off. Many years later I discovered David O'Keefe and Liz Lomax and they became a massive influence on me, and trying to keep my style unique and different from theirs certainly has an effect on how I work. 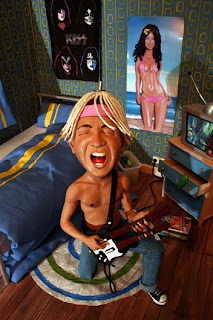 Please describe your working process.
I'll usually have a pretty strong idea in my head of what I want to begin with, I'll do some rough pen sketches on layout paper to figure out the composition I like best, and make some individual sketches of anything that might be a problem to build in 3d, then I'll try to figure out a way of doing it. I like to rough everything in first, so I'll rough out any characters in clay, and put together a very crude version of the set using cardboard, sometimes I'll use existing models as placemakers and photograph this rough version. I'll put it into photoshop and sketch over things, colour parts in etc and just see how it works as an image. I may have to move bits around or totally re-think parts of it. Once I'm happy that the image will work I begin to replace all of the crude cardboard parts with better parts one at a time, until the set is finished and painted. I light it and sometimes take hundreds of photos with different lighting variations and slightly different camera angles, by which time it's usually 4am and I fall asleep. The next day I spend picking the best ones before I crop them and make some slight enhancements in photoshop. 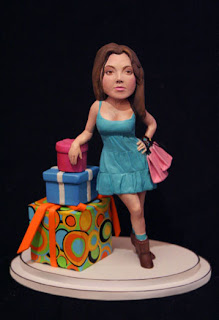 What do you enjoy the most / least about working dimensionally?
Well the things I like the least are the time it takes to produce a piece, the amount of space each piece takes up, and the mess it makes, oh and the cost of all the materials. But what I enjoy the most is having quite a unique style that I love working in, and seeing that other people are enjoying my work. 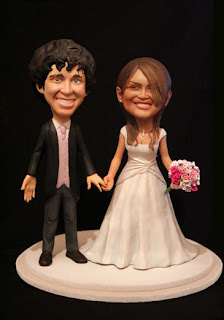 * Chris is currently accepting commissions for custom made cake toppers and figurines for weddings and other special occasions, pieces can vary in size from 51/2" toppers to 10" centre piece figures and anything in between. They are hand crafted using polymer clay on top of a small wire armature, and then airbrushed using acrylic paint. Feel free to email Chris (chris@chriswalshart.com) for further ordering information, and check out the new website coming later in the year at www.chriswalshart.com

images and content © Chris Walsh
Posted by Liz Lomax at 7:45 AM