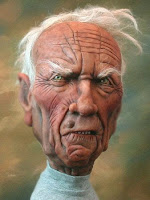 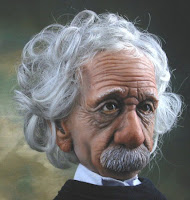 His one-of-a-kind figures and automata have made their way into the private collections of Demi Moore, Whoopi Goldberg, David Copperfield, Bruce Willis and Richard Simmons among others. His illustration clients include Columbia Pictures, Sony, Reebok, Estee Lauder, Time, The New Yorker and more. Read more about Bill's extensive career here. 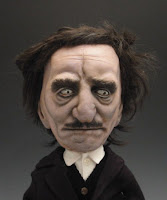 How did you start working dimensionally?
Well, I've been sculpting since 1985 and took an interest in creating dimensional "Pushed Portraits", as I like to call them, about a year ago. It seemed like the influx of computer-generated illustration was putting an end to my career as a 2D illustrator and it was either start sculpting recognizable characters or become a WALMART greeter! 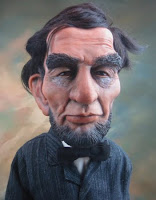 What or who has influenced the way you work?
The SPITTING IMAGE team of Roger Fluck and Peter Law did it for me. I'd never seen anything like their work before and I wanted to be them! However, the next best thing was to continue being me, and teaching myself the art of caricature in the round. 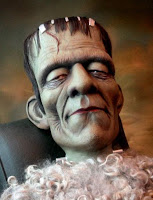 What materials do you use?
First of all I use nothing but SUPER SCULPEY, (never to be confused with that horrible regular Sculpey... that stuff is "mean-spirited and cruel!") I use the most realistic glass eyes I can find and I use wigs or used toupees, or, in some cases, I'll sculpt the hair, but rarely. 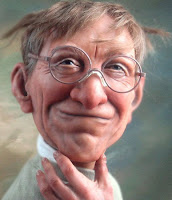 I paint/tint their faces using chalk pastels and apply them with a soft-bristled brush, much the same way a woman applies blush. Done right, it can look like airbrush. 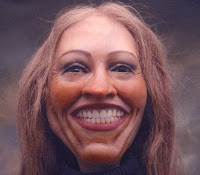 When possible, I use old dentures but the heads would need to be near human-size to do this and most of the heads I sculpt are about 8" or 9". The Julia Roberts piece has real dentures even though her head is only about 7.5" 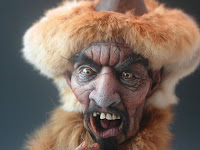