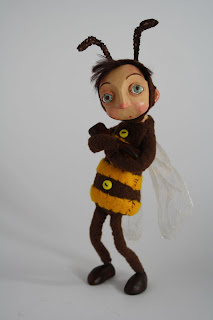 Meet Laura Meredith of Toasty Illustration. She's a 3D illustrator based in the UK and she told me...

"school and college art courses left me quite disillusioned with the concept of an art career so i had a break from doing any artwork for 4 years before enrolling on an art foundation diploma course on impulse when accompanying my friend to an open day in 2003. I intended to train as a tattooist and only applied to university as a back up idea. I accepted a place on the Illustration BA course at the university of Portsmouth where we were encouraged to find a way of working away from the traditional mediums of drawing and painting. I didn't branch out to 3d illustration until the middle of my second year and from then on i didn't look back. I graduated in 2008 and since then i have been published in several books and magazines and have participated in several group exhibitions in london, cardiff, winchester and portsmouth." 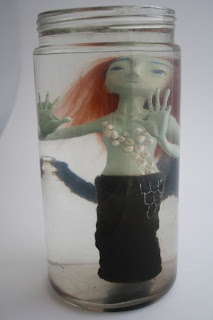 How did you start working dimensionally?

I think that i had always subconsciously yearned to create something sculptural and tactile, however i thought my career would be in drawing or painting until i discovered the potential of 3d illustration. 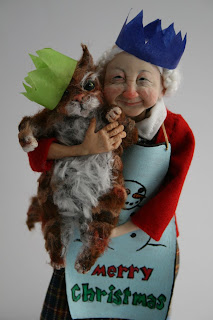 What or who has influenced the way you work?

when i first started Chris Sickles was definately a huge influence. since i started to research the medium my tastes have branched out to include sculptors and animators such as Ron Mueck, Suzie Templeton, Paul Berry, The Brothers Quay and Tim Burton. Individual pieces are mainly influenced by found materials or objects which can kickstart the direction of an illustration. 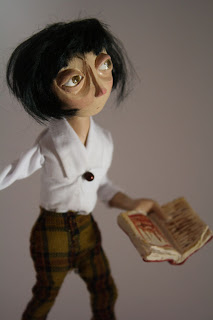 I use super sculpey, wire, fabric, acrylic paints, glue and acrylic doll hair. I have recently experimented with enclosing my work in resin or jars and i love the idea of my models becoming jarred specimens. 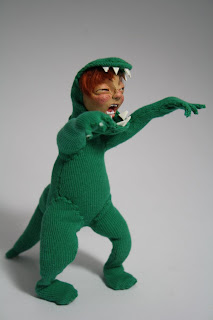 What do you enjoy the most about working dimensionally?

I'm very impatient clumsy, and i have been known to ruin a piece in my eagerness to make the finishing touches! I also find that i have to use so many different tools and materials that anywhere i'm working immediately turns into a building site so i'm contantly having to tidy up after myself to avoid stepping in/on paint, needles or wire. What i enjoy most is the sense of accomplishment in creating miniature sets and characters, and the satisfaction when you can finally sit back and see that its coming together and that its the best thing you've made so far- Its great to know that there is always room to improve. 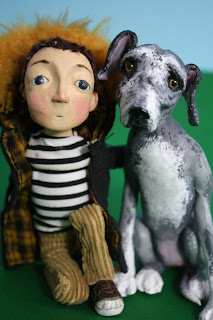 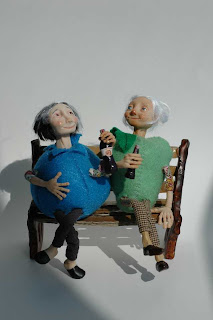